If the left wing in the United States is looking for someone to blame for Roe v Wade being overturned they can start by looking at themselves. Over the years their views on abortion have morphed from the relatively moderate “safe, legal, and rare” of the 90’s to the morally grotesque “shout your abortion” today.

Today we’re told repeatedly by the left that abortion is just “women’s healthcare”. As if it’s in the same moral category as a knee surgery. No different. Not only is abortion of no moral significance whatsoever, but women should be proud to have had one and society should celebrate it.

END_OF_DOCUMENT_TOKEN_TO_BE_REPLACED

In general our society is incredibly vindictive and way too trigger happy when doling out incarceration. What felony murder statutes do is allow prosecutors to unjustly convert manslaughter charges to murder charges and send the accused to jail for longer than their crime would normally justify.

END_OF_DOCUMENT_TOKEN_TO_BE_REPLACED

The trial of Amaud Arbery’s killers in Georgia has been highly publicized and politicized. Unfortunately, like the Rittenhouse case, the media has grossly misrepresented the facts in this case in attempt to sow racial division in the country. We’ll go through the facts here. While this case is not an open and shut case of self defense like the Rittenhouse case was, it probably should still end in a not guilty verdict.

END_OF_DOCUMENT_TOKEN_TO_BE_REPLACED

I’ve got a number of thoughts on GameStop and the markets that I’m going to list here in no particular order.

1. I’m very skeptical of the claim that this bull raid was caused by small Robinhood investors. This was a huge move in the price of GameStop and others and it just doesn’t seem plausible that it was caused by a bunch of Reddit goofballs investing $100 through Robinhood. To move the price that much you need people with a lot of money involved. One of the /r/WallStreetBets investors claimed to have invested $6 million of his (presumably much larger) portfolio in GameStop. What’s that a portfolio over $50-$100 million? A real “everyday guy”. If you could take a peak behind the trades I’d bet you’d find a lot of people like this along with large institutions.

END_OF_DOCUMENT_TOKEN_TO_BE_REPLACED

I’m under the belief that the average person grossly underestimates how much money would qualify someone as “rich” and this usually leads them to support policies that would tax the hell out of people who and not rich and are just trying to achieve their dreams. For example, many people would say if your net worth is over $1 million you are rich. Is this true? Hardly. Let’s work through an example.

Every year HGTV runs a “Dream Home” giveaway sweepstakes. This year they are giving away a home in Rhode Island. Take a look:

END_OF_DOCUMENT_TOKEN_TO_BE_REPLACED

I’m writing this post because the tax treatment of business income is so convoluted that very few people understand it. I’m tempted to speculate that this is done on purpose so as to maximize opportunities for demagoguery and make it easy to agitate for higher taxes. For example, billionaire Warren Buffet has long claimed that he pays a lower tax rate than his secretary which he presents as evidence that taxes need to be raised. As we’ll see, this claim is almost certainly false, but it’s the complexity of the tax system that makes it so easy to make this claim and make it seem plausible.

END_OF_DOCUMENT_TOKEN_TO_BE_REPLACED

Bizarrely, Marxism is somewhat popular among the Millennial and Gen Z crowd. Personally I find it remarkable because Marxism is so easy to debunk, yet it still remains popular. A testament to human irrationality.

What’s so wrong with it? Let’s find out.

Marx believed one of his major contributions to our economic understanding was to point out that business owners take a profit (captain obvious). By taking a profit, he claimed, business owners are exploiting workers since the workers are not being paid the full value of their labor.

END_OF_DOCUMENT_TOKEN_TO_BE_REPLACED

The U.S. Supreme Court has recently ruled that the anti-discrimination laws passed by Congress also bans discrimination against LGBTQ people. This is one of these posts where I know I’m risking serious disapprobation, but here goes.

First, I will admit it doesn’t make much sense to have a law that applies only to race or gender, but not sexual orientation, or religion or any other attribute. So the court’s ruling is at least consistent.

But more generally what we’re talking about here is the government overriding freedom of association. And not just in the LGBTQ case but in all cases.

In the case of freedom of speech you’ve heard the expression, often attributed (somewhat incorrectly) to Voltaire: “I disapprove of what you say, but I will defend to the death your right to say it.”

END_OF_DOCUMENT_TOKEN_TO_BE_REPLACED 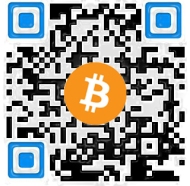 To the extent possible under law, Chris Pacia has waived all copyright and related or neighboring rights to Escape Velocity. This work is published from: United States.